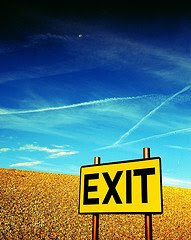 Montreal-based Defensio announced its sale to Websense yesterday. This comes a few days after another Montreal startup Reasonably Smart was bought by Joyent.

There are three big factors that lend themselves to smaller startups and thus smaller exits:

Web 2.0: Many startups today are web apps. The key to success here is less about developing complex proprietary algorithms (which take more $ to develop and commercialize) and more about finding a user interface and experience which makes the thing viral. Because there is less IP in these companies, the build vs buy decision for an acquirer kicks in (usually) at smaller numbers. Meaning, unless you’re a Youtube or Digg (i.e. you have a massive user base), its cheaper for someone to build vs. buy you above a certain price.

Availability of capital: There is less capital available. Venture firms, with some exceptions, have not adjusted their ways to make themselves attractive to web 2.0 companies. They still want to put more $ to work in a small number of companies. As a result, they don’t like the small exits these companies typically generate.

The economy: The availability of capital is somewhat tied to this point, but there’s no escaping the fact that the economy is in rough shape. Given how cyclical technology is, it should come as no surprise that our sector has been hit hard. The market cap of our industry’s biggest acquirers are all down: Cisco – 37% Microsoft, 41% Google – 52%. Sun – 75% – just to name a few.

When your stock price is down so much, it decreases your appetite for big acquisitions – especially if you’re using your depressed stock to pay for them. So, smaller deals are much better.

As mentioned, small is a relative term. My definition of small may seem big to you – or the reverse. I do think that small deals are the only ones that are going to get done in the current climate. And if you have bootstrapped or not raised VC$ these deals can be hugely profitable on a personal level. Still, I do worry about the long term implications on our technology ecosystem – especially here in Canada.

Pop quiz: How many new VC funds have been raised in Canada in the last year? Answer – two. Montreal Startup, which is seed focused and Blackberry Partners Fund which is focused on mobile. Many of the funds that we have turned to for capital over the years are not raising new funds. And only a few other funds (Rho, Growthworks, Inovia) are doing any deals.

The lack of institutional risk capital forces us to either raise money from US VCs if we can (something I have done at 4 of my 5 startups) or think much smaller than our potential and not raise the capital that could take our vision all the way.

So, what are we to do as operators? Is it bad if we sell early? I don’t think so, and I congratulate anyone who can achieve a profitable exit. I just hope that those operators stay in the system and start something else. But that’s another post for another time…